“Hello Herman, I’m interested in finding out some more about the Verheul method… I am a Poser, but this has come up on another discussion forum. You don’t seem to have written anything on it on the Pose forum; do you know if there is a review paper or something similar available in English? I am a Masters athlete specialising in one mile, 5k and the occasional 10k. I am wondering whether the Verheul experience is that by doing ‘aerobic intervals’ (if that is correct), you do not lower the pH of the blood, so it is not as stressful as doing ‘normal’ interval training. Thank you for your time, and I am sorry I do not speak Dutch.

In 1979 two Dutch runners, Klaas Lok and Joost Borm of the Utrecht athletics Club Phoenix took by surprise the first and second places at the National Cross Country Championships. The day after, it was recorded in the newspapers that their running style was much suppler and more relaxed than that of the defeated favourites, Gerard ter Broke and Tonnie Luttikhold.

In 2005 “The Misunderstanding of endurance runs” (“Het Duurloopmisverstand”) was published by Klaas Lok. In this book the former Dutch champion on the middle and long distances explains that a supple and relaxed running technique can be obtained by running short intervals of 200m (15x) and 400m (10x), if necessary completed with even shorter intervals of 100m in a faster pace.¹ The pace should be fast enough to develop reactivity and running economy but also slow enough to gain a correct balance in training between load and relaxation.

Slow endurance runs at the contrary would develop a heavy stride and a slow push off, while hard repetition runs would undermine the necessary relaxation in running. This was the philosophy of Coach Herman Verheul (1932), who brought Lok and Borm to their successes. In his philosophy the very often ran races are the only repetition and endurance runs. Only in the most specific form of training – the race- athletes were thought to be able to reach an optimal performance of these two forms of training. In the Netherlands this philosophy of training is known as the “Verheul Method”, and in the slightly different version of Klaas Lok labeled “Souplesse Method”.

This method can be placed somewhere in the tradition of Zatopek and the coaches Woldemar Gerschler and Mihaly Iglói, the most important differences being that Verheul moderated the volume and pace of the workouts but increased the time spent on gymnastics. In his gymnastics he used exercises he had derived from the ballet of the Don Cossacks. These gymnastics were thought to be very important and done before every workout and there was a special gymnastics training every Monday evening in winter.

In the Verheul Method the emphasis is on supple, easy running in interval training. The real individual rules for training paces are based on the manner in which the athlete moves, his capacities of relaxation, his rhythm, his general condition, and his capacities to recover. As a guiding principle Verheul used the idea of the Hungarian coach Mihaly Iglói that you never should train harder than your capacity to be recovered the next day. So training velocities are highly individual and velocities mentioned below are just values that have proved to be effective for the average runner.

Besides the interval training and gymnastics there was a winter fartlek training every Saturday that consisted of a mix of an average of 16 tempo’s of differing lengths and gymnastics and increased from 5 till 7 quarters of an hour.

A typical Verheul summer program (1 April – 1 October) for the same runner is:

In fact the number of repetitions are never increased above the numbers of 15x200m, 10x400m and 6x1000m (the load increasing mainly by growing to faster easy paces and running faster in races and by adding a second 6×1000 program in a winter week). Decreased numbers are used for young, beginning and older (master) runners and in come backs after injuries. A typical ‘reduced program’ is 12×200, 8×400 and 4×1000.

Verheul presumed that training (we are not talking here about the races of course!) with heart rates above 150 beats a minute might add nothing to the development of the human organism and might be useless and maybe even detrimental. Apart from this insight, the emphasis in the Verheul Method, however, is not on the effects of interval training on the heart, but much more on the qualities of movement, and what is naturally connected to it, that is: the frequency of muscle contraction, the elasticity and reactivity of muscles. In the opinion of Lok this is the undervalued suppositious child in the world of runners. Lok suggests: “In fact there should exist a ‘muscle elasticity meter’, an apparatus that would indicate the moment that an endurance run should be interrupted the moment the elasticity (reactivity) lessens.”

The interval training of Verheul was designed consciously to give the muscles a chance to relax after the endurance load (that is the weekly ran race). A so called “recovery endurance run” the day after the race is nonsense in his philosophy, because doing the same could never be a recovery. After a long race, short intervals over 200m have the preference. After every interval run athletes walk 10 till 20 meters to take off the stress from the (tired) muscles and to shake their legs loose with a few hops. Thereupon they do a slow recovery run over the same distance as the interval run. The same procedure is pursued in the 400m-interval program (with 400m recovery runs) and in the 1000m-interval program (with 1000m recovery runs). The last program is only done by advanced runners (once, later maximum two times a week), who start their 1000m intervals in the beginning of the winter season at a pace that is generally a little slower than their race pace of the half marathon.

The recovery distances are thus purposefully made relatively long when we compare them to the quite common use to take only recovery runs over the same distance in the case of fast repetition running and a shorter recovery run than the interval run in the case of interval training. The advantages of this distinctive use of recovery distances in the Verheul interval training are not only a fast general recovery but also that the muscles can regain the elasticity that might be lost as a result of the race.

¹ To be clear: Herman Verheul did not use intervals of 100m; it is something Klaas Lok uses nowadays sometimes after long intervals or after endurance runs with changing paces (“wisselduurlopen”) with few repetitions (5-10) to develop reactivity, and Herman Lenferink in forms that resemble schemes of Gerschler and Iglói, like 30x100m, to develop confidence with the rhythm and paces of the shorter middle distances, to develop speed and (acceleration)power, but also in a slower pace as relaxation runs or development runs for beginning runners with a bad condition (of course with less repetitions than 30 in the last case). 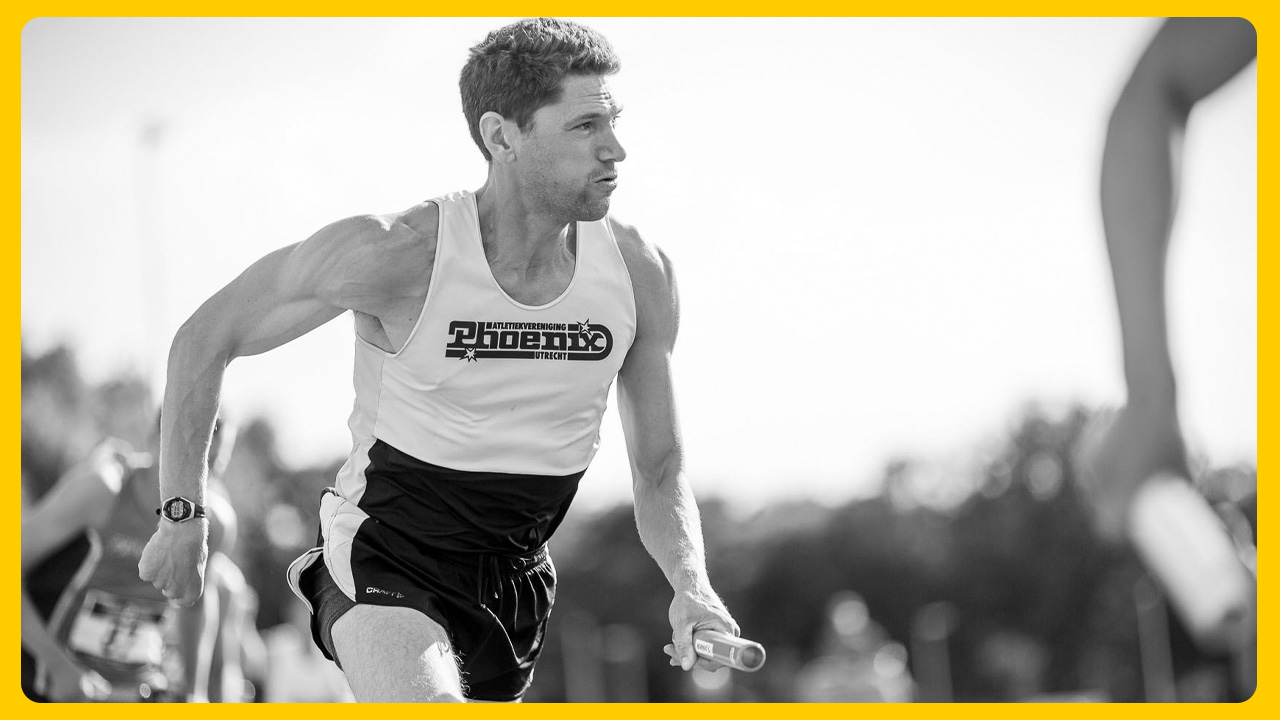 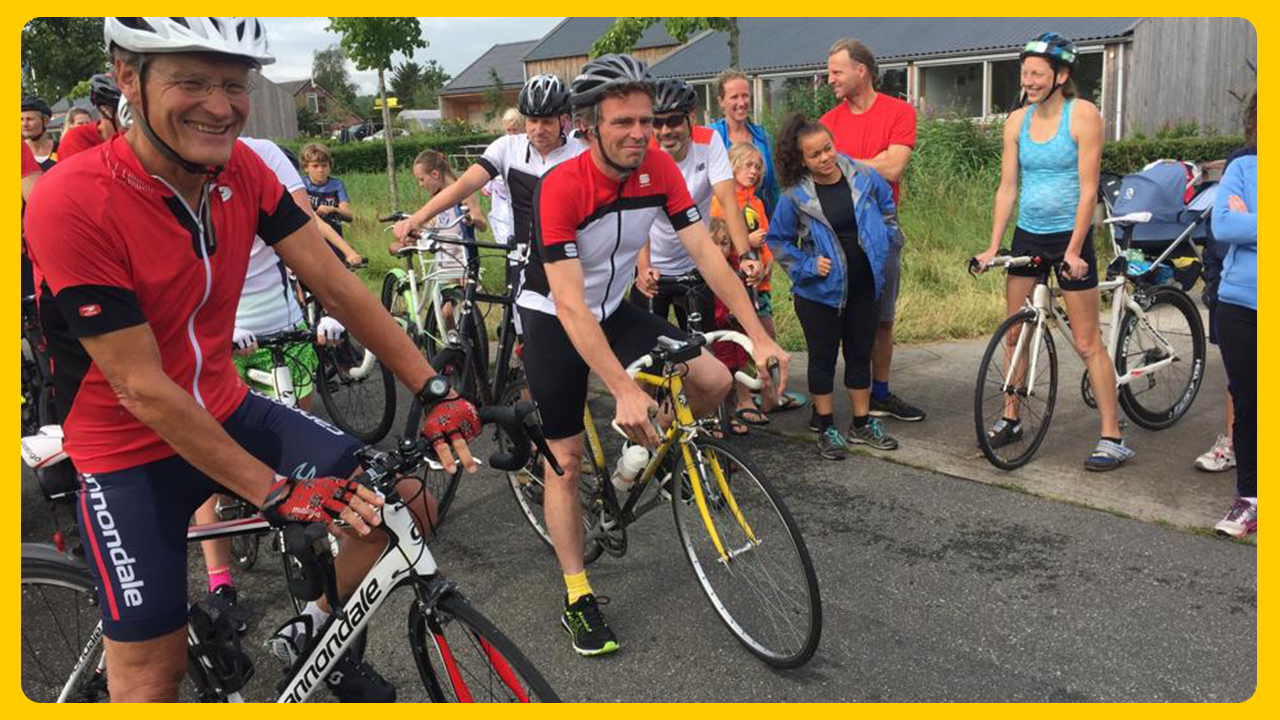 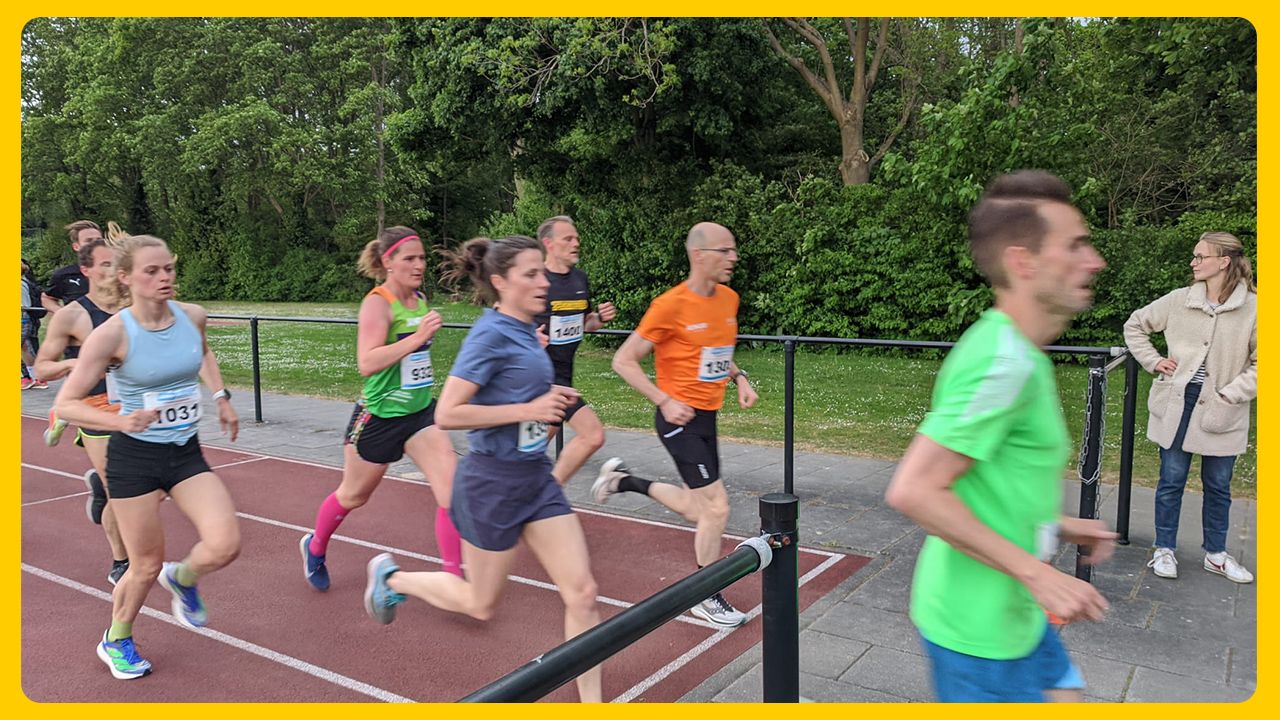 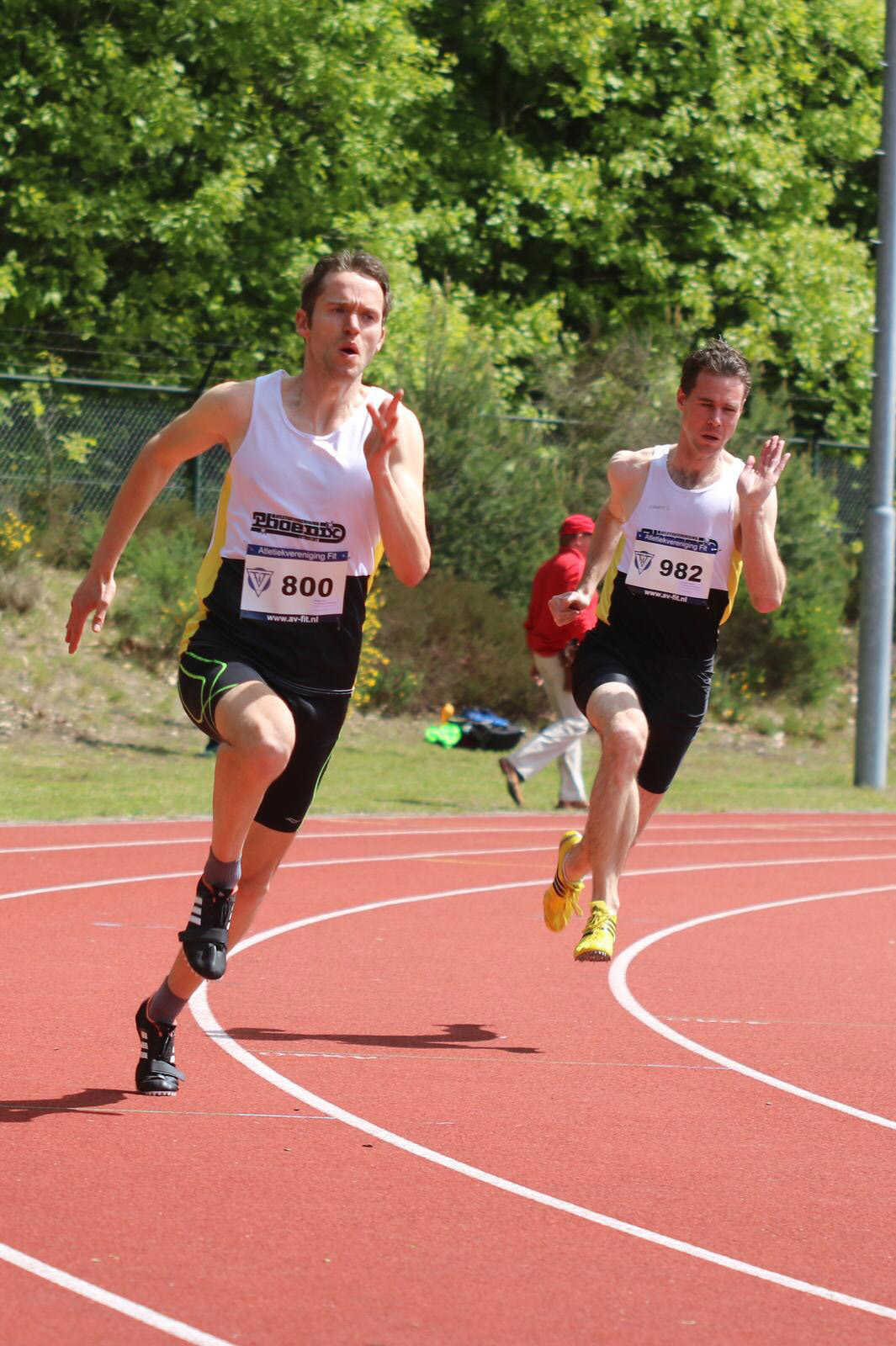